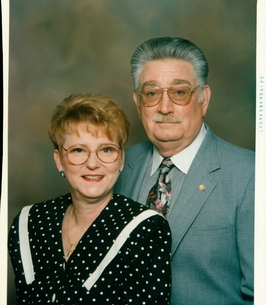 Johnnie was born on February 22nd, 1939 in Knoxville, TN to the late Johnnie Lewis Sr. and Evelynn Blackburn. Johnnie served in both the United States Air Force and the United States Army, totaling over 20 years of service. After his military retirement, he served as a Police Officer in Arizona, New Mexico, Texas, and finally TN where he retired from the Munford Police Department. He was a member of the Blue Knights Motorcycle Club, Christian Motorcycle Association, and a founding member of the Vietnam Veterans Motorcycle Club, LZ friendly.

Johnnie was a history buff and loved riding his motorcycles, classic cars, and traveling in his RV. He loved sharing his passion of motorcycles with annual motorcycle rides supporting the Methodist orphanage at Reelfoot Lake. He was an avid reader and loved going to Shiloh National Park and would discuss various elements of the Civil War and military history with anyone who shared an interest. He studied at Texas A&M and in his studies had a particular focus in English, history and even put together genealogy reports.

Johnnie is preceded in death by his father Johnnie Lewis Sr., his mother Evelyn Blackburn, his brother Carol Lewis, and his daughter Pamela Tuberville.