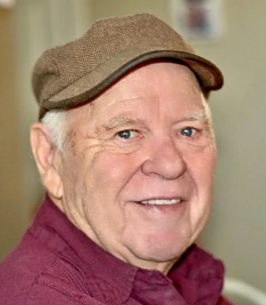 Jerry Lee "Smoochy" Smith, 82, passed away September 6, 2022. "Smoochy" was an author, singer, piano player and entertainer. He played for Carl Perkins in 1955; was a staff piano player at Sun Studio in 1957, 1958 and 1959; recorded the first million selling record for Stax Recording Co. that he was co-writer on with the Mar-Keys in 1961; and he traveled the world playing for many groups over the years with The Sun Rhythm Section and Sonny Burgess. He is survived by his wife, Nancy M. Smith; daughters, Deborah Wiseman, Tracie Hill and Christy Marcrum; sons, Jerry Lynn Smith, Terry Smith and Phillip Smith; sister, Sandra Keller; brother, James Smith; many grandchildren and great-grandchildren. The family will receive friends Friday (Sep 9) at the Millington Chapel from 10am until the service at 11:00am. Interment to follow in Memorial Gardens in BArtlett, TN.
Munford Funeral Home
Millington Chapel
(901) 873-0123
MunfordFuneralHome.com