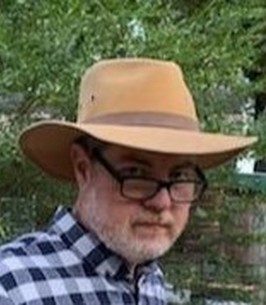 Jeffrey Wade Poyner of Lucy, Tennessee, passed away August 16, 2022, after a brief illness. Jeff was born on April 27, 1970, in Memphis to Joe Wilburn Poyner and Frances Lavelle Walker Poyner who will deeply mourn the loss of their beloved “Radar”. Jeff leaves behind three sons Brandon McBride (Gracie), Brett McBride, and Jacob Poyner (Savannah), one daughter Brittani McBride and their mother, Deborah June McBride Poyner, and their grandchildren Ella, Lillie, and Leighton. Jeff will be terribly missed by his “little bother” Jay Poyner, nieces Delaney and Mattie and their mother, Jennifer. Jeff was loved and will be especially missed by others, including Natalie Ragland, aunts, uncles, and cousins. Jeff enjoyed the friendship of many, tried his best to be a good neighbor, and was always ready to lend a hand to anyone who needed anything. Jeff honored and cherished the memories of those that left this world before him, including his maternal grandparents JR and Bernice Walker, paternal grandparents Hassell and Mary Poyner, Uncle Billy Cole Poyner and Aunt Lou Ellen Dowdle.
Jeff made his living as a master carpenter, skilled craftsman, jack of all trades and master of most who helped his clients realize design ideas through his creativity and skill, taking pride in the beauty and quality of whatever he built. Jeff learned by doing but also valued education, having graduated from Millington Central High School, State Technical Institute and Southern Illinois University with a bachelor’s degree in Industrial Technology. Jeff was also proud of various mechanical patents he engineered while working for a medical device company. Jeff enjoyed learning and perfecting his craft, and it showed in the extra steps he took in his work. Building codes and inspections were less than his own standards.
Jeff appreciated the finer things in life, especially anything well made. He enjoyed music as long as it was from the last century and country. His favorite color was plaid. Old dogs, stray cats, and chickens lived in harmony at his place which brought him happiness. Making something out of nothing with hand tools or the precision of a power tool to create the perfect joint gave him a sense of satisfaction. Outdoors was preferable to indoors. Jeff hated litter. He would ask that you refrain from littering and pick up any you see. A good hat and a comfortable pair of boots couldn’t be beat. A great birthday meant the taste of a German chocolate cake made by his mother and shared with his father from whom he inherited his auburn hair, half of his good looks and many other beautiful attributes.
His family will miss Jeff’s deviled eggs, sausage balls or chocolate oatmeal cookies at family gatherings, but mostly Jeff, who took care of everyone. Jeff would remind everyone to measure twice and cut once in life, and anything worth doing is worth doing well. In lieu of flowers, the family asks that you carry Jeff’s spirit forward by doing something for someone in need.
The family will receive friends from 5:00pm until the service at 7:00pm Friday, August 26 at Munford Funeral Home Millington Chapel.
Munford Funeral Home
Millington Chapel
(901) 873-0123
MunfordFuneralHome.com