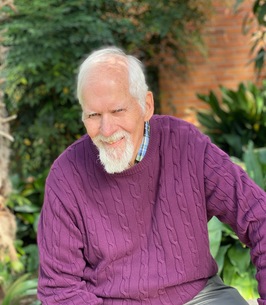 David Anderson Ritter passed away on August 17, 2022, at the age of 73. He is preceded in death by his parents, Anderson Basil Ritter and Melba Platzer Ritter, and his daughter Cynthia Ritter Moffett.

David was born and raised in New Orleans, LA. He enlisted in the United States Air Force as a weather technician prior to serving in the National Guard. He went on to obtain his doctorate degree in clinical psychology from the University of Southern Mississippi in 1984 and returned to the Air Force as a major, providing mental health care for men and women in the military. Upon retiring from USAF in 1995, David continued his career as a clinical psychologist in the Department of Corrections for the State of Florida and cared for the mental health of incarcerated men until his retirement in 2010. David worked with care and compassion, dedicating his career to serving others and providing for his family. In his free time, he enjoyed the outdoors, learning history, puzzles, card games, and spending time with his loved ones.

David will be honored on Saturday, August 27, at Munford Funeral Home - Munford Chapel. Visitation will begin at 1:30 and the service will begin at 2:00. Interment will take place at West Tennessee Veterans Cemetery on a separate date.